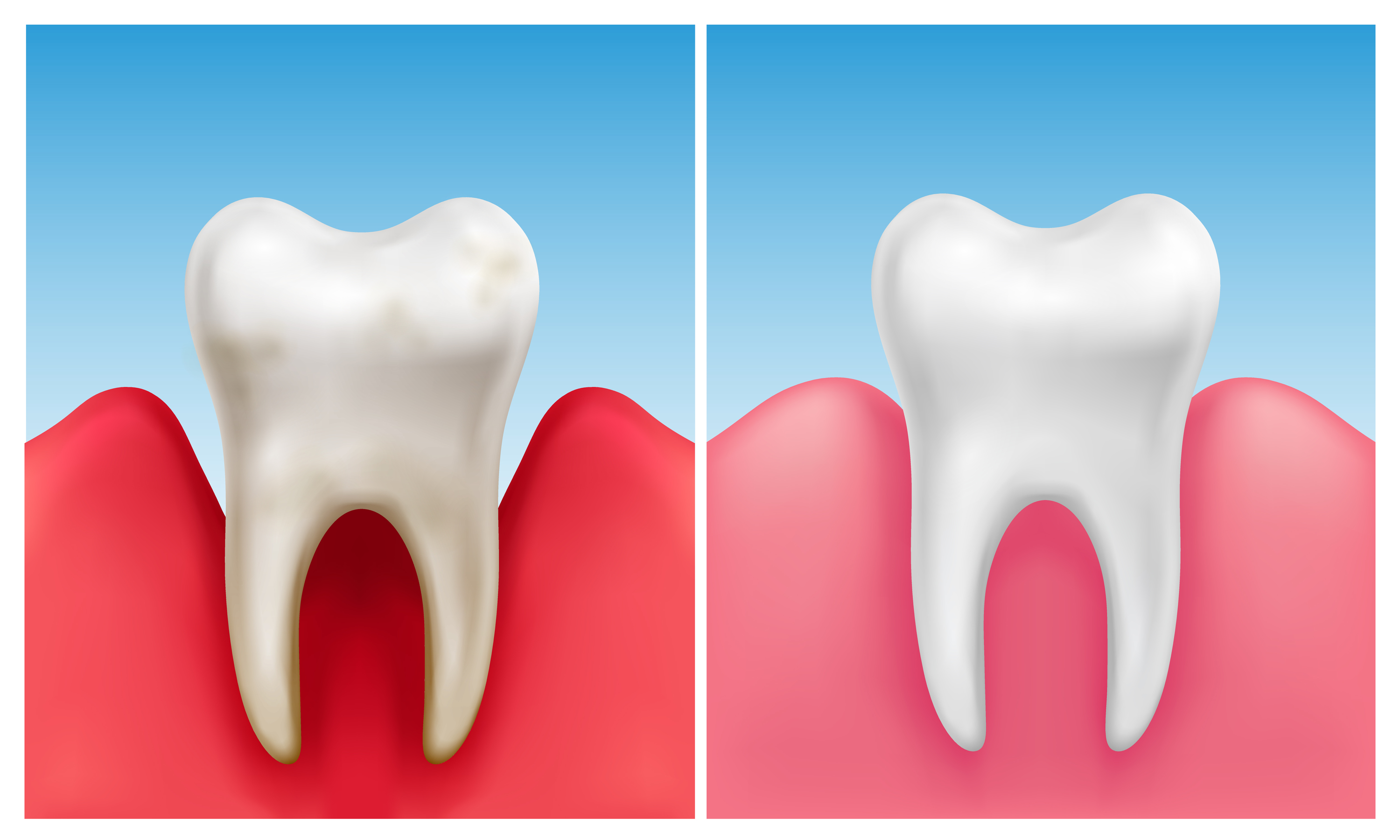 Periodontal refers to the gums and when periodontal treatment is mentioned it refers to the treatment of gum diseases. A large percentage of the adult population of the country suffers from some form of gum disease. This condition ranges from simple inflammation of the gums to serious infections that result in major soft tissue and bone damage which, in the worst-case scenario, can lead to loss of teeth.

Causes and Types of Gum Diseases

Unpleasant though it may be to hear, the mouth is one of the dirtiest parts of the human body. The dampness of the mouth makes it an ideal breeding ground for bacteria The bacteria combine with the mucus in the mouth and food particles to form a sticky colorless film called ‘plaque’ that forms on the surface of the teeth. Regular brushing and flossing helps to remove the plaque but often some spots are usually missed. This plaque hardens over time to become ‘tartar’ which brushing and flossing will not remove. The longer that plaque and tartar are allowed to remain on the teeth, the greater the chance of infection and gum disease.

The early stage of gum infection, when the inflammation is first tangible, is called gingivitis. The common symptoms are red, swollen and bleeding gums. If caught in the early stages it can usually be quickly and easily treated. However, if gingivitis is not diagnosed and the condition not treated, it can become periodontitis (inflammation around the area of the tooth). When this happens the gums shrink and pull away from the teeth leaving empty spaces or gaps that easily become infected. The infection penetrates deep into the gums. The body’s immune system gets to work to fight the infection. But the combined effect of the toxins from the bacteria and the body’s chemical reaction to them cause the bone and connective tissue that holds the teeth in place to break down. The gum, bones, and tissue become weak and the teeth become loose and often either fallout or have to be removed.

How It Is Treated

The course of treatment will vary according to the nature and severity of the condition and the causes of it. At Unismile Dental we focus not on just removing the symptoms and discomfort of periodontal problems. Our objective is to provide the patient with a complete and lasting cure so that he or she can return to normal eating and smiling without fear of the problem recurring. For this reason, we do an exhaustive analysis of the causes and nature of the gum condition, including a detailed examination of the teeth and gums. We then develop a treatment plan that is discussed with the patient. Once all the patient’s questions are answered and he or she is happy with the proposed treatment, we begin. The treatment will vary from case to case but in general, it will consist of scaling and root planing which are methods of deep cleaning to remove the tartar and plaque. This is often combined with medication to reduce inflammation and pain.

If the condition has progressed to an advanced stage, surgery may be required. The 2 most common procedures are Flap Surgery to clean out the deposits and reduce the size and depth of the periodontitis created pocket for quicker healing ad easier cleaning in the future. If a substantial amount of bone and tissue has been lost, bone and tissue grafts may be considered to promote regeneration of the bone and tissue.

Thank you for submitting your request. Our office will get back to you.